As a committee, we have become accustomed to taking some time to write some short contemplations at the end of each term, thinking about how we feel at the end of Cambridge and what we have noticed and learnt.

Already term feels like a million miles away from me as I sit at home surrounded by all things familiar. Going home is always an odd experience as whilst I feel completely comfortable and safe, it’s not as easy to slot into life as it once was. I’ve found it tricky being surrounded by people all of the time, learning to share my time with others and I can feel myself craving my independence again while simultaneously dreading the reality of next term full of revision and exams. Now I’ve been back for a little while, I’ve figured out a couple of ways to establish some of my own space and thought I’d share something that’s really making a difference for me.

As a challenge for lent I’ve taken up doing yoga everyday and yes I know it’s a bit cliché but it’s allowed me to have some time completely to myself each day, even if it’s only 15 minutes. I’ve not been that strict with it as I feel that defeats the purpose, but instead am actively making an effort to find time for it as much as possible. It’s keeping me grounded and is something I can continue to do in term to try and make that tricky transition more seamless. If you would like to join me I would hugely recommend Cat Meffan’s youtube videos. I’ve been following her #yoganuary series and its fab, alternatively just you can just flow to your own rhythm, Namaste!

Looking back on the last few months, I am filled with so much warmth and gratitude. Among other things, I celebrated my 21st birthday, joined by friends visiting from Dublin and some amazing Cambridge people. Moments, days and weekends like these reinforce again and again just how important friends are and the love and loyalty they bring to life. After a difficult Michaelmas term, I made an effort to go out less and relax more, enjoying theatre and films, as well as all of the amazing art and beauty in Cambridge. Being an MML student, I will be leaving this city and my friends in September for a year – it will be sad as well as exciting, but taking time to appreciate Cambridge and all it has to offer this term has helped to prepare for the goodbyes.

Adjusting to home life has been somewhat more trying this time, and I think it is precisely because I had been surrounding myself with so much Cambridge before coming home. Allowing myself to just spend time doing nothing can be tricky when accompanied by the persistent Cambridge habit of a need to be occupied and productive. It can also be hard to re-adjust to chatting with people who don’t have similar opinions to me, accustomed as I am to therapeutic rants with close like-minded friends at all hours. However, I am adjusting and I have been able to do this with time, as well as taking in the beautiful Irish countryside I live in through morning jogs and walks – in such a pressurising and individualistic world, it is more important than ever to just love each other and ourselves.

I don’t really know how I feel about how this term went and the thought of writing a summary of it daunted me. As usual it has disappeared in a blur marked by a few highs and lows that stick in my mind. Stumbling across this random selection of drawings in the back of different notebooks I had forgotten I carried with me was strangely reassuring. They are proof of time spent simply stopping to think and reflect, not in order to be productive or meet someone else’s expectations. They remind me of moments where I was doing something with no ultimate goal or outcome in mind. Finding these scraps – which bring back memories I would have otherwise forgotten of me still being me despite external pressures – makes me hopeful that I can make time for more of these small acts next term. 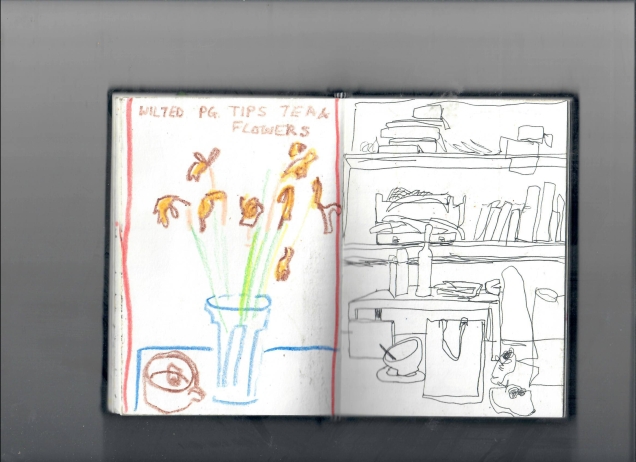 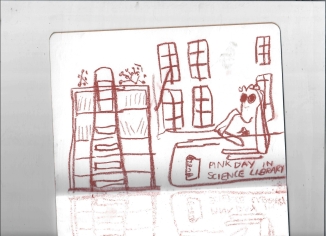 This term was very full. Full of events (three from Girl Talk!), changes and excitement. Eight weeks whizzed by but also dragged on. As much as I tried to engage myself with the architecture of 14th century Cairo or Hegel’s theory on art, the biggest thing I learnt this term was definitely about resilience. In the past eight weeks I was dealing with chronic pain, the end of a relationship, a bit of disappointment and a lot of essay crises. Overall, I’m a very lucky and privileged person and none of these things were ever life-changing or terrible, and I’m grateful for that. However, I’m also grateful that the spot of a tough time I did go through has allowed me to understand resilience and see that I actually have quite a lot of it.

I don’t know about anyone else, but at my school resilience was this ‘buzzword’, empty of any real meaning. Throughout this term however I’ve begun to understand it a bit more, or at least what it means to me. What resilience means to me now is being able to recognise that as bad as things feel, eating super noodles with friends late at night will always make me feel better, and the worst-case scenario I had imagined is often not that bad. I learnt that I’m pretty good at taking care of myself and staying positive, and that I have great supportive friends who help me do that. This term has been very educational! Though perhaps not in the way my DoS had hoped…

This time, I’m looking back on term and I find the little pieces of text and verse I have written down. There is one from somewhere at the beginning, about the snow. The snow which drifted down in the darkness, whilst I sat in the library. It settled for a moment and when I stepped outside to take a look, it had already vanished in little rivers, down the pavement, soaking into the grass.

There is some verse about the pink and white which lay itself over the sky around the middle of term, when I was walking to the library in the morning. I took my watercolours out apparently, later that afternoon I suppose, and mixed those colours on to the page. Then there was all the rain and wind which arrived towards the end, and I wrote whilst sitting in a café by the window, hearing the force of the water against the glass next to my ear.

I find that all this writing feels quite removed from what was actually happening in my day to day life – I don’t really tend to describe who I was with, what I was doing but rather, what was going on around me. And I find that remembering these little scenes I was set in, whether it was a sudden flock of birds flying out from behind Queens as the sun was setting, or a punt I watched pass beneath me as I walked over a bridge in the rain, or even the little details of flowers I found in the greenhouses of the botanical gardens, allow me to remember, too, the thoughts I had then and the emotions I brought with me to that place.