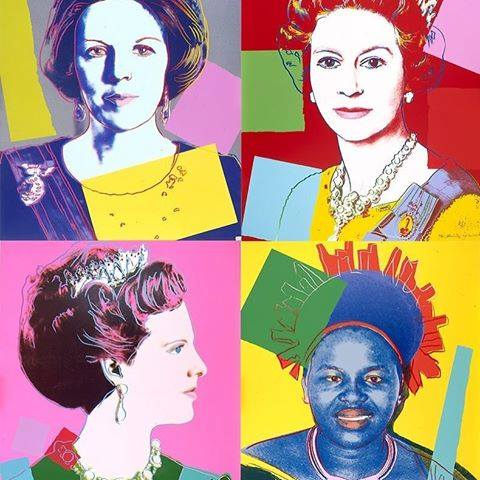 We all have our own problematic interests, and for many Brits the Royal Family is one of them. Their influence on popular culture is undeniable – hit shows like ‘The Crown’ demonstrate our fascination with one of the most powerful families in the world. In the media, eyes are almost always on the women of this family – Elizabeth, Diana, Kate and, most recently, Meghan have all been hailed as role models for the modern woman and credited with revolutionising the inherently patriarchal institution that is the monarchy. And yet you can’t help but wonder whether the Royal Family, and in fact any system where power or wealth is inherited rather than earned, can ever not be sexist. Can we ever regard these women as feminist icons?

As the longest ever reigning English monarch, Elizabeth II has taken big steps towards gender equality in the structure of the monarchy. She pushed through the 2013 Succession to the Crown Act, which changed the rules of succession to absolute primogeniture – in other words, the eldest child, regardless of gender, is the heir. And she’s not short of the odd funny feminist anecdote, having taken the King of Saudi Arabia for a spin in her Range Rover. Unsurprisingly he was reportedly terrified by the idea of a female driver and the Queen succeeded in making a pointed statement about his country’s misogynistic driving laws.

Meghan Markle, the latest addition to the family, has also made headlines as the first woman of colour to be a member of the Royal Family, and is herself a self-proclaimed feminist. She has broken royal etiquette by expressing her political views on Trump openly and has worked with the United Nations Entity for Gender Equality and the Empowerment of Women for years, long before any affiliation to blue blood.

But despite all of this, there is no hiding the true nature of the monarchy. Should we really be celebrating or trying to justify the existence of an elitist institution that merely highlights the gaping problem Britain has with wealth inequality? Can we really ignore the way in which the women of the Royal Family are still constantly policed on their clothing and behaviour? Whilst on an individual level these are two remarkably accomplished women, their actions do nothing to dismantle greater issues of institutionalised sexism, racism or classism – they uphold it, and in fact the media uses their identities as women and people of colour to gloss over the greater injustices that lie at the heart of the Crown.

Moving away from Europe, where monarchies are generally male-dominated, there are many societies in other continents whose monarchies or dynasties are based on matrilineal succession, meaning that titles and assets are inherited by the women of the family, often the youngest daughter. One such society is the Khasi people, a tribe indigenous to Meghalaya in north-eastern India. Here, the mother and youngest daughter are predominantly responsible for the livelihood of the family, collecting, preparing and selling produce harvested from the perimeters of the forest areas they live next to. But strangely, the village council in a Khasi village is made up entirely of men – women may have ownership of property, but they have barely any control over it. Any female power comes from an identity as a mother, not an individual and a woman is inescapably tied to the domestic sphere. It seems that even in matriarchal societies, women are not deemed capable of dealing with power outside the realms of motherhood.

When discussing powerful families, it’s important not to ignore those which have amassed extreme wealth over not only the last century or so, but in some cases over the last few decades. We now live in a modern society where inherited wealth is not just found in monarchies, but in the corporate world: the Rockefellers, the Rothschilds, and more recently the Kardashians, dominate the major sectors of business, technology and beauty. Can these ‘self-made’ family empires provide feminist role models with their entrepreneurial businesswomen?

The Kardashian-Jenners are one of the most successful family empires brands in the world. They are also headed by a notorious matriarch, Kris Jenner, and those of them in the media spotlight are all women. According to Forbes, Kylie Jenner is the 27th richest self-made woman in the United States and is estimated to be worth around $1 billion thanks to her brand Kylie Cosmetics. Their embracing of their sexuality on social media and their message of empowerment for women with curves have also earned them a reputation as ‘feminist role models’.

However, they have also experienced their fair share of controversy over the years: most recently, Kim Kardashian has been slated for advertising appetite suppressants on social media, and her $2.99 set of International Women’s Day emojis on her app ‘Kimoji’ was criticised as a mere exploitation of feminism for profit – ironic, as she doesn’t call herself a feminist.

Personally, I think the Kardashians are not entirely deserving of the title ‘self-made’: the Kardashian and Jenner sisters were all born into a wealth which they have simply used as a springboard. Kendall Jenner has even admitted herself inadvertently that she didn’t have to work anywhere near as hard as other runway models to become as successful. Kim’s exploitation of her fanbase by perpetuating diet culture through her appetite suppressants and leeching off the hard work of feminist activists by monetising her “feminist” sentiments, makes her a harmful role model for all women, especially young girls. Whilst the Kardashian family claims to represent the ‘modern woman’, they in fact uphold society’s unrealistic standards of beauty for women and perpetuate a consumerist, hierarchical society that profits off the oppression of others.

As individuals, a lot of these women in positions of inherited power and wealth do a lot to assert their independence and to try to affect change that will benefit women. However, this can never take away from the fact that the systems they are a part of, systems which colonised and enslaved millions of people of colour, systems which take from the most vulnerable in society, systems which profit off other women’s insecurities, are only strengthened by their own complicit endorsement of them.