100 years ago from last Sunday, an armistice was signed, bringing the First World War to an end. In the years which followed, conferences and treaties were drawn up to agree on the terms of peace. The process was dominated largely by men – all the representatives at the Paris Peace Conference were male, whilst the ‘Big Three’, Woodrow Wilson, David Lloyd George and Georges Clemenceau, pushed for their countries’ interests as the settlements dragged on. But there were women too, working tirelessly to create a peaceful world in the years after WW1. Their work has had a much longer-lasting impact, yet their names are seldom mentioned when the end of the war is discussed.

One such woman was Dr Harriette Chick. While those at the Paris Peace Conference were arguing over territory and reparations, Harriette was more concerned about the terrible living conditions and food shortages in the collapsing Austrian Empire and the devastating effect this was having on the health of Austrian children. With a team of female scientists, Harriette began investigating the relationship between the poor nutrition these children were receiving and the symptoms they displayed. She discovered that nutritional deficiency was one of the main causes of rickets, allowing her to develop cures for this and other diseases in the form of vitamin supplements. Harriette not only managed to save hundreds of children that she encountered in Austria, but also made discoveries that continue to be used in modern medicine. 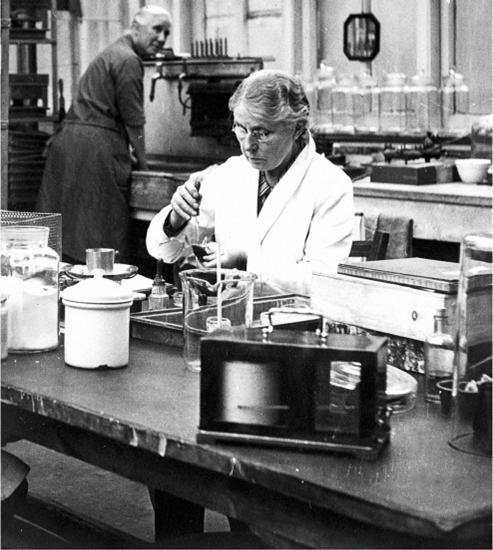 Concerns about starvation and disease among the children of Austria and Germany were shared by Dorothy Buxton and her sister Eglantyne Jebb. Outraged that the British naval blockade was still causing food shortages in Austria and Germany even after the armistice had been signed, Eglantyne joined the Fight the Famine Council, which had been set up in 1919 and aimed to force the British Government to end the blockade. Her actions while campaigning for this cause led to her arrest, but while on trial, the judge was so moved by her case that he voluntarily paid the fine that was to be her punishment. The sisters took this money and put it towards a new fundraising project, which they called the “Save the Children Fund”. This time, their efforts had greater success and attracted much support from the British Public. By the end of 1920, Save the Children had raised an equivalent of £8,000,000 in today’s money. The sisters continued to fight for the rights of those affected by war throughout their lives. Dorothy campaigned for the protection of refugees fleeing Nazi Germany, while Eglantyne presented the Declaration of the Rights of the Child at the 1924 League of Nations convention. This declaration led to the creation of the United Nation’s Convention on the Rights of the Child, which organisations such as UNICEF continue to use as the basis of their work. The Save the Children organisation also continued to grow, and remains one of the most major organisations that provide aid to children affected by war in areas such as Syria and Iraq.

Eglantyne Jebb at her Save the Children desk, 1921 – source: The History Girls

At the same time, another non-profit organisation was being created by a group of women who hoped to prevent future wars by studying the causes of previous conflicts. Jane Addams, Marian Cripps and Margaret E. Dungan founded the Women’s International League for Peace and Freedom (WILPF) in 1919. These women argued that the lack of female politicians at this time meant women’s voices were overlooked, and so they had no opportunity to prevent war. They saw the terms of the Treaty of Versailles as overly harsh, and feared it would cause more conflict rather than maintain peace, so began campaigning for international peace initiatives such as global disarmament and an end to economic imperialism. At the time, the WILPF was often criticised as being ‘unpatriotic’, and the women involved were deemed too politically active and, as a result, ‘unfeminine’. However, Jane was not deterred and continued to travel to war-torn areas and meet with world leaders and soldiers. In 1931, she finally received recognition for her work, and was awarded the Nobel Peace Prize, becoming the first American Woman to be awarded one. Remaining devoted to her cause, she donated her prize money to the WILPF. The organisation went on to work closely with the United Nations, and to this day remains one of the few societies to have special consultative relations with the UN. 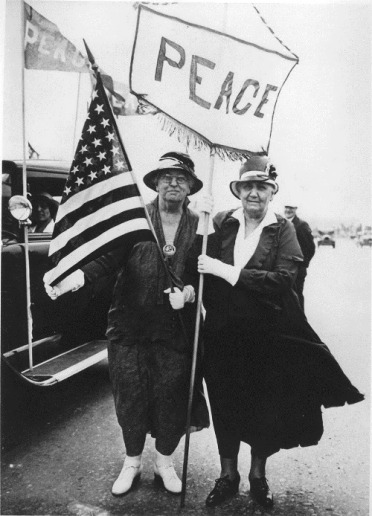 Mary McDowell and Jane Adams at a peace protest, 1932 – source: world of faces

The names of these women are not brought up nearly as much as those of the men who led the official peace-making process, but their work to support those affected by war was arguably more successful and lasted longer than the settlement drawn up at the Paris Peace Conference. While the Big Three focused on maintaining their own country’s international prestige, these women set up organisations and made discoveries that continue to save lives every day. Perhaps it is time that their stories become better known, as they remind us that when faced with the difficult task of maintaining world peace, focusing on providing for the needs of vulnerable individuals can be far more beneficial than fighting for your own county’s superiority.