On copywriting, copying and writing

One of the very first “grown-up” books I ever read was Harper Lee’s To Kill A Mockingbird. My dad bought me a bargain-bin copy at Walmart one summer and explained to my pubescent self that “reading this book is a requirement for your cultural education. Although Harper Lee was friends with this guy Truman Capote and everyone thinks he wrote it.” At the time, I didn’t think much of this; looking back on it, however, it sends a clear message that many people think women can’t actually write. When I read further into it, I see that women’s authorship is so often questioned: rumor has it that Harper Lee, Laura Ingalls Wilder, Margaret Mitchell, and even Courtney Love used ghostwriters, despite these claims repeatedly being refuted. Ironically, more often than not, women are the ghostwriters in some form or another, whether they use male-sounding names as pen names, extensively edit manuscripts, or write in their diaries only for those same entries to be reused by the men in their lives. The truth of the matter is that many great works of literature or film are actually the products of women writers and editors.

The examples are endless. Harper Lee actually attended every single Kansas interview Truman Capote conducted as part of his preparation for In Cold Blood, and wrote up her own summaries for him to use. Dan Brown’s wife did most of the research for The Da Vinci Code. Woman editors are to thank for films such as Pulp Fiction, Goodfellas, Star Wars, The Wolf of Wall Street, E.T. the Extraterrestrial, and Lawrence of Arabia — the latter being one of seven films for which Barbara McLean was nominated for the Academy Award for Best Editing. Zelda Fitzgerald stated that large parts of This Side of Paradise reminded her of her missing diaries. And on top of repeatedly saving Lolita from the household fireplace, Vera Nabokov typed, proofread, edited, chauffeured, and cut up food for her husband Vladimir. 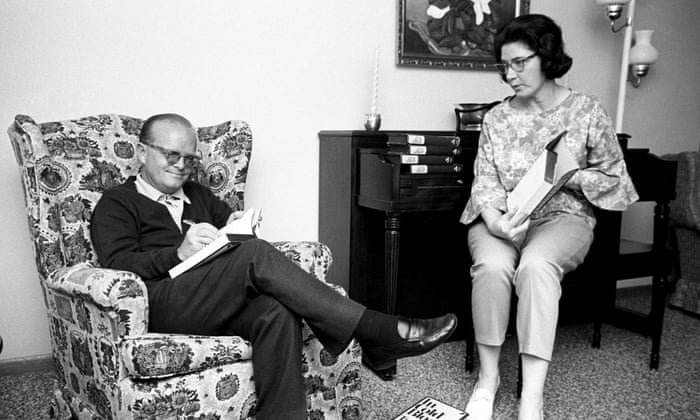 Or take Sophia Tolstaya, wife of Leo, who transcribed War and Peace seven times and significantly edited it, all while in a state of permanent pregnancy (she gave birth to thirteen children), as well as nursing and managing her husband’s estate. She did the same for Anna Karenina, too, staying up well into the night with a magnifying glass to decipher her husbands scrawl. Sophia served as her husband’s muse and was the inspiration for many of his heroines, yet her own diaries are the depressing writings of a tired woman in a difficult and complex marriage. While she certainly respected and admired her husband, she also suffered extensive emotional pain as a result of her relationship with him. At nineteen, while pregnant for the first time, she wrote “I am to gratify his pleasure and nurse his child, I am a piece of household furniture, I am a woman”; the diaries her husband kept and forced her to read, on the other hand, involved detailed accounts of affairs with serfs as well as the sentence “there is no such thing as love, only the physical need for intercourse and the practical need for a life companion.” Sonya – as she was called – was not even allowed to see her husband, who had run away ten days earlier, on his deathbed, and was kept away from him by his circle of Tolstoyans, especially Vladimir Chertkov. 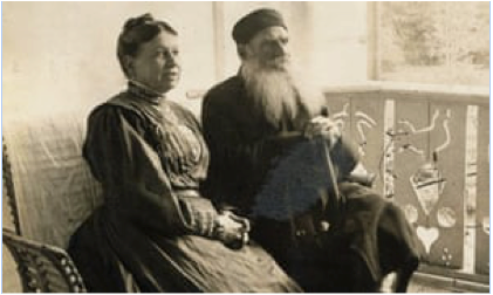 Continuing in the vein of families, the relationship between William Wordsworth and his sister Dorothy is also one involving diaries. The precise nature of their relationship has been the subject of speculation for years — some scholars believe she is the basis for the Lucy poems and some, such as F.W. Bateson, go so far as to call it incestuous — but it was certainly a friendship that was born out of the shared state of being an orphan and living in poverty. The two actually lived together relatively happily, and continued to do so even after William married his wife Mary in 1802. Mary and Dorothy transcribed many of William’s poems, just like Tolstaya. And much like how Leo Tolstoy made his wife read his diaries, Dorothy too shared her poetic and carefully detailed writings with her brother. In one entry, she minutely and precisely described some daffodils she had seen while on a walk with him. In Dorothy’s words, “some rested their heads upon these stones as on a pillow for weariness & the rest tossed & reeled & danced & seemed as if they verily laughed with the wind that blew upon them over the Lake, they looked so gay ever glancing ever changing;” in Wordsworth’s “I Wandered Lonely as a Cloud,” published five years later, the daffodils lie “[b]eside the lake, beneath the trees, // Fluttering and dancing in the breeze // […] Tossing their heads in sprightly dance.” Dorothy’s own poetic observations of a shared experience are pillaged and reused in a poem which, from the title, emphasizes the speaker’s solitude, and erases both Dorothy’s presence in the moment and her own literary talent. 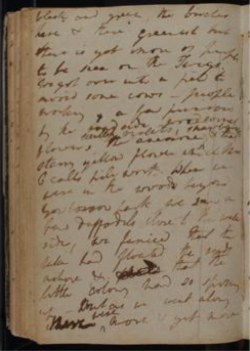 It is at this point that I start to wonder how it is that so often parts of women’s diaries ended up in their male companions’ writings, how it is that women are so often accused of using ghostwriters, and, especially, why it is that women are so often delegated the role of editor. It would be simplistic to reduce the situation to “men who can’t come up with their own ideas make women do all the hard labor,” but sometimes it does feel as if women are delegated the task of changing and rethinking, of rephrasing, with little to no recognition. I can’t help but draw the parallel between these editors and the women in my life, who almost always seem to do a lot of the emotional labor in their relationships with men. “I devote so much love and care to him, and his heart is so icy,” could have easily been said by me or one of my friends over buttery dinner, and yet it comes from another of Tolstaya’s diary entries. The universal feeling of being looked over is echoed in these women’s roles as editors, as writers and as “ghostwriters.” But their indelible presence in great works of literature, looming and ghostly, is, at the very least, a bit of consolation — as long as it is not kept secret.