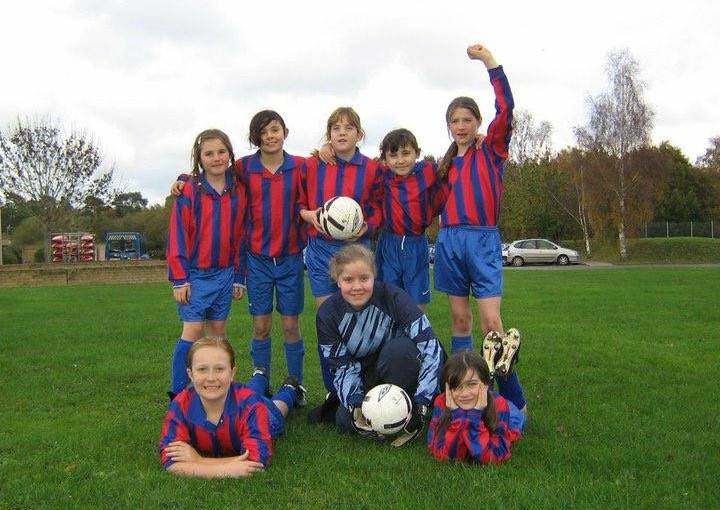 As a child, I answered any boy who questioned my sporting credentials with the offer of a scrap. For a long time, this answer proved to be quite sufficient. I was tall for my age, pretty strong ‘for a girl’ and had established myself in the playground sponge-ball football league. Plus, I had a cousin in Year 6.

It was not long, however, before wrestling someone to the ground was no longer an appropriate negotiating strategy. Soon, I realised that the fights I could pick (and win) in the playground were part of a battle bigger than I could handle. Because although I could take out Charlie at break after he told me that girls can’t play football because ‘their boobs get in the way’, I just had to grit my teeth when his dad shouted from the side-line, ‘Son, what you doing, you can’t get beat by a girl’.

This trend continued throughout my life. Playing sport with boys meant I had to prove myself a million times over. I couldn’t just be okay or average or steady. I had to be the best. Because most girls don’t play football. And, therefore, football is not a ‘girly’ thing. For me, it felt like I had to make a choice; sparkly pink pumps or football studs, presented as binary opposites. Once I made that choice, there was no going back; I spent far too much time of my first years at secondary school navigating the label of ‘Tomboy’.

At the beginning of this term, a friend and I were running the fresher’s fair stall for our women and non-binary college football team. I lost count of the number of times I was told ‘I can’t do sports’ or ‘You wouldn’t want me’. Or heard stories about being unable to find a school or local team. It was really sad. Somewhere along the line, the people I was talking to had started believe that they couldn’t just ‘give it a go’. I couldn’t help but think that the way our society constructs and elicits gendered behaviours was not entirely unrelated to our conversations at the fair – after all, it is pretty hard to pull off a lunchtime rainbow flick in an expected uniform of dainty shoes and a pleated skirt. What makes it even more sad is that for many, football is one of the few sports that is largely accessible – most of us have never been given the chance to hold a supposedly ‘ladylike’ lacrosse stick.

The discovery of girls and women’s teams for me was significant. It gave me a space in which I, for the first time, could play without a uniquely gendered kind of pressure. If I missed, it didn’t mean anything more than that I missed – even now, as a 19-year-old, I still have to remind myself that I am not representing all women every time I kick a ball. Remembering this, in an environment where women’s events only make up 7% of all sports media coverage, and where puberty represents a cliff edge in girls’ sports participation, can be difficult. Surrounding girls, then, with role models and mentors in teams where they are simply players as worthy as any other, is essential – it is only then that they can start to forget the narrative of female sports so often repeated to them.

It sometimes feels like, at our weekly college football sessions at Barty, we are doing something really special. Together, we work on undermining what we so often have been taught, asserting ourselves and our bodies in a vocal and physical way. We fight these tendencies to self-deprecate, to over-apologise for making a mistake. Our team creates a space where we can counteract what we’ve been told. Where we can shout loudly ‘I can do sports’ and ‘You do want me’.

These spaces, away from gendered pressure, were as crucial for me as a child as they are now. They allow me to play unapologetically and unreservedly. They gave me county teams to aspire to, and players to idolise. They help fight the bigger battle. Give us a space to rant when the Sunday league referee doesn’t bring his cards because ‘it’s a women’s game’. Or friends to giggle with when the offside rule is explained to us for the 100th time, using the thoughtful analogy of shopping bags and shoes. They are the first step in challenging the norm, opening a space for playing for those who wouldn’t typically try.

So, although I do now try to avoid using violence, my experience of playing male dominated sports still can feel like fighting a battle. But now I have an army. And with them, with their encouragement, strength and laughter, it can begin to feel like we are winning the war. That gradually, through both liberating all children and deconstructing our current ideas of gender, sports will become for accessible for everyone. And, when I’m feeling particularly optimistic, it feels like soon even Charlie’s dad will have to realise that that there is no more shame in him being skilled by a girl, then there is by a boy. That slowly we are shaping an environment in which we can see the beautiful game as the beautiful game, no matter who is playing it. 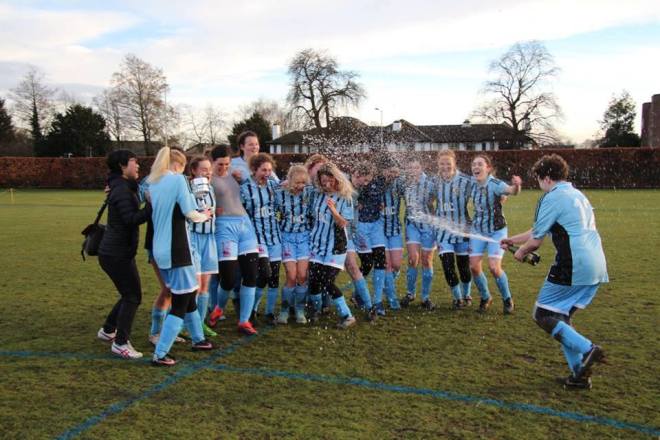