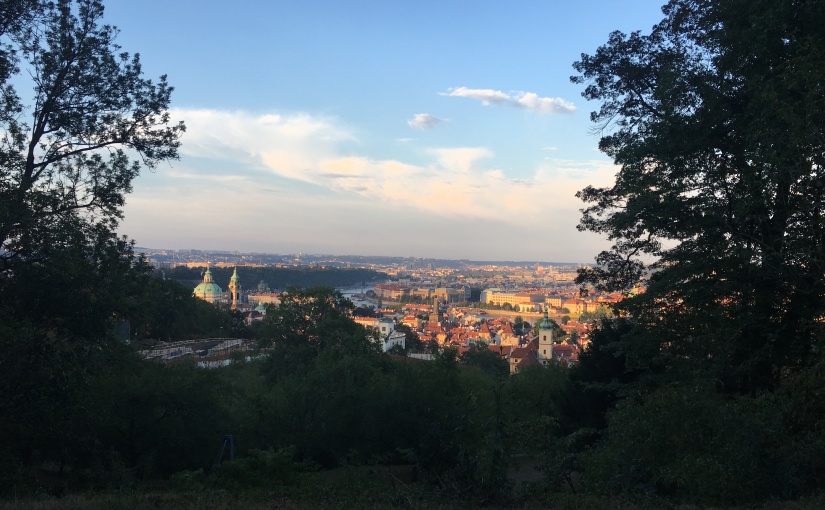 Once again, summer has done that inevitable thing of behaving like an unfurling ball of string – at first it seems never-ending, almost punishingly slow, and then, just when you get to grips with it, it runs out of your hands uncontrollably and comes to a halt. For me it began with celebrations. In our family the months of June and July are a season of birthdays and along with the heat, they brought joyful parties and reunions.

Summer tends to also have a habit of swallowing your plans. In January it seems so simple. You have a grand plan of getting a job, travelling, seeing friends and even reading for pleasure in those long summer evenings. The reality can often be a little tougher to swallow.

So, July led me to visit Barcelona and Prague, see friends, celebrate my sister’s 21st birthday and travel around England, even braving a dip or two in the North Sea. But come August I felt somewhat deflated, job plans had fallen through and all my friends seemed to have jetted off on exotic holidays or were just busy, and rightly so. The days blended into each other and I began to drift along in a muddled summer haze. Not, however, on the luxurious inflatable pink lilo I had imagined, but instead on one of those funny foam floats you can find at your local swimming pool – far less fashionable.

In September I forced myself off that float and made concrete plans to fill up my days. I began ticking off the things I had on my mental to-do list and finally started relaxing into the inevitable lethargy of hot summer days. By this time I’d exhausted the selection of podcasts and books I’d put aside for ‘downtime’, and come September their words suddenly took their effect, inspiring and motivating me as I had hoped.

Then came a lovely trip to Ireland (a reunion with my college husband), a family holiday to Scopello in Sicily and long summer nights spent chatting with old friends. All briskly followed by a series of final goodbyes, watching the same friends set off for their degrees/art courses/jobs in the autumn.

I too began to be excited about my imminent return to Cambridge and started to find a greater sense of purpose in the days that followed. Work came, as it tends to do, and then I was able to volunteer with Help Refugees in the Calais Warehouse. These four days were some of the most worthwhile and interesting of my entire time away from my degree. They forced me out of my own head, and I focused solely on everything and everyone around me. Inspired by the truly lovely people I worked with and for, I came back excited for the year.

So, my new approach to the working term is to start picking; break out of the fog and away from that silly swimming float. Instead of drifting through until Christmas, I will carve my own path through the busy and bustling term ahead of me. Instead of splashing around for the rest of the year, I want to streamline my way across from one side to the other and not just stay in the same lane.

The pace of summer was often intangible, neither one thing or the other, but its variety reminded me just how important balancing the varying speeds of life really is and the value of setting your own tempo.